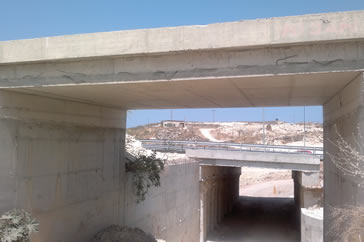 The project aimed to connect the village of Prassas with the coastal zone of Karteros.

The safe passage of drivers is achieved using the underpass whose construction began in April 2013 and was completed in November of the same year.

To construct the crossing, one-sided retaining molds were used to make the lining of the already existing pastures.

In the same project, a bridge of eight meters in length was constructed to connect the Industrial Area of Heraklion with the village of Prassa.